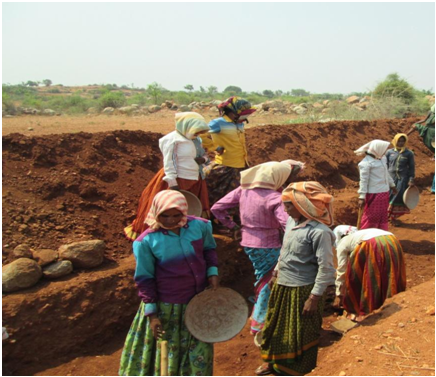 Hosur Siddapur is a small village which is located 26 km away from Devadurga, the Taluk headquarters.

350 families live here and for the last 5 years awareness and orientation about MGNREGA has been extensively carried out.

This one village has 480 labourers who have organised themselves into 16 MGNREGA Labour Groups. 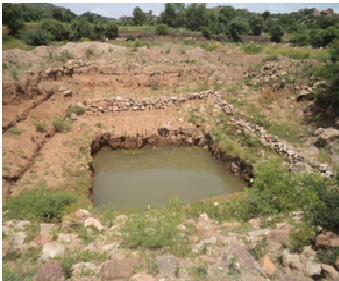 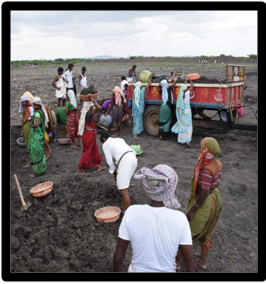 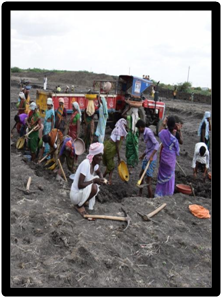 For the last one year the labour groups during their free time have applied to their panchayat demanding work and were able to develop land and conserve natural resources of the village emphasizing the importance of water and soil conservation.

Chandramma who is also a part of the Labour group for the last one year, says, “During summer, we approach the panchayat and submit our applications for all kinds of work, from desilting to digging trench-cum-bunds. This has halted migration to Bangalore and Pune in search of work. Our children are able to attend school and we are able to get equal pay. Otherwise, we used to get only Rs100 per day.”

Sannadevappa, another member of the labour group says. “We are digging a new lake in the neighbouring village. We have got our guaranteed 100 days of work. Today, we are able to interact with the local officials, apply for work and face the officials as a group if payments are delayed. This has not only given us guaranteed work; it has also built our self confidence.”